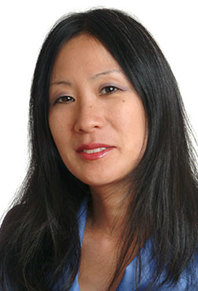 Joyce Lee is an award-winning Asian-American independent filmmaker with a fine arts background in drawing, painting, and creative writing. She works on projects with themes that challenge mainstream media both in form and in content. Much of Ms. Lee’s work has focused on socio-political issues in underrepresented communities. Her short debut film, FOREIGN TALK, was one of the first few media projects to explore the tensions between African-Americans and Asians after the Los Angeles riots. Her films have aired on National PBS, cable stations, and festivals worldwide. Her work has won awards and cash prizes such as an ABC New Talent Development Grant for her screenplay “My Secret Wish.” She also won the prestigious Women in Film General Motors Emerging Filmmakers Grant and the Robin Eickman Award.

Lee is also the director and co-producer of POETRY INSIDE OUT, a sister film to PAPER WORDS, which shows the academic possibilities when resources become to available to multilingual chilldren. This short film can be seen online on KQED's Truly California series. [Watch]

POETRY INSIDE OUT is a visually engaging half-hour documentary that captures the struggle of bilingual kids who have crossed boundaries of culture and language within Bay Area Public schools. This video follows several ethnically diverse students in San Francisco and Oakland, California over a yearlong period. Coming from families where English is seldom spoken (or is considered a secondary language), Carmen, Ke’Shae, Caroline, Ricardo and their friends create imaginative worlds of dragons, space aliens, and love in a unique writing program based on literary translation. The students share revelations and opinions that astound, amaze and amuse. Their spirited and insightful poems transcend their not-so-perfect, sometimes dangerous world.

This short film includes Bay Area poet John Oliver Simon and Robert Hass, former Poet Laureate, along with the beautiful music of Bay Area Mexican musician Jose Roberto Hernandez and San Jose musician Mike McKenna. POETRY INSIDE OUT is a must see for writers, music lovers, and champions of the young.

Lee recently finished writing a romantic comedy and is embarking on other feature scripts and a young adult novel.